The Art of Thank You 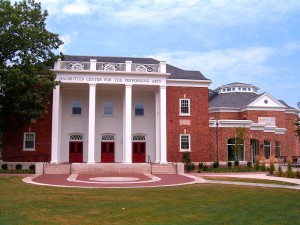 As part of her site specific sculptural installation at Juniata College in Pennsylvania, Maya Lin gave an address to the college on a “reflection of art within society.”  In it she articulated the idea of “a strong, clear vision,” which later became the title of the Academy Award winning documentary about her life.  After her talk, four local Vietnam veterans made a presentation thanking her for “our Vietnam memorial.”  Maya responded, “Thank you very much.  It was meant for all of you and I’m glad you liked it.”

Not everyone liked it.  This was six years after the dedication of the Vietnam Veterans Memorial and the acrimonious process that almost derailed it.  There were complaints about the shape and color of the memorial, about chronology instead of alphabetical order, and about Maya being an undergraduate Chinese-American woman.  Through all that hostility, Maya Lin stood her ground.  By the time of the Juniata event, these four veterans knew she had built for them a powerful memorial, a place where “the memories of our friends and brothers will live forever.”  When they thanked her, she let those four vets know they were the source of the power.  It was a brief encounter, just 170 words, with emotions bubbling under the surface and an expression of gratitude about every 20 words.  Thank you to Maya, thank you to the veterans, thank you to the college. 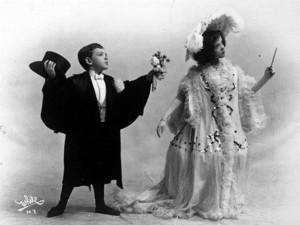 Fred Astaire thanks his sister Adele for the dance.

Terry Gross, of NPR’s Fresh Air, always thanks her interviewees and they usually respond in kind, sometimes offering a final insight into the person’s character.  Around 2004, Terry interviewed Madonna about her interest in the Kaballah when one of her books was published, possibly a children’s book called The Adventures of Abdi.  I am basing this on memory and a little Internet searching because NPR was unable to supply the audio or the transcript.  Terry, of course, graciously thanked her guest.  As I recall, Madonna did not say thank you in return, implying instead that she was doing Terry a favor by appearing on the show to promote her new book.  It may be a coincidence, and the book did make the New York Times best seller list, but according to Wikipedia, among the series of Madonna children’s books on the Kaballah, The Adventures of Abdi was the least successful.

Some of my readers know that I am a good dancer.  Perhaps this is what makes me sensitive to the art of thank you.  There is an etiquette to dancing with a stranger.  Even rock ‘n’ roll dancing is intimate and at the end of the dance both partners say thank you.  It acknowledges the enjoyed shared experience and ends the encounter so we can each go on to dance with someone else.  Everyone on the dance floor knows this etiquette.  If you mess up, the crowd senses it.  There is nothing so obvious as someone who is rude.

So let me take this opportunity to thank my readers.  I get a lot from writing.  I share my ideas, clarify my thoughts, and express my creativity.  But without readers, it’s just an exercise in putting words together.  Readers have their own motives – the pleasure of reading, the acquisition of ideas, the generation of new knowledge.  As a reader myself, I know we all have much excellent writing to choose from.  It is an honor when you give me your attention.  Thank you.