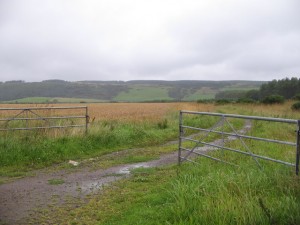 Richard Saul Wurman, innovative organizer of the TED Conferences, publisher of the Access travel guides, and the first information architect, claimed “there are only five ways to organize information, not 50, not 500, five” (Follow the Yellow Brick Road).  To describe his five finite methods, he used the mnemonic LATCH (Location, Alphabet, Time, Category, Hierarchy), apparently not realizing that mnemonics is a sixth way to organize information.

Web designers embraced the idea, spreading Wurman’s law of five throughout the burgeoning field of information architecture, a term Wurman coined.  It’s even included as one of the Universal Principles of Design.  But LATCH fools smart people like Wurman and the UPD authors because of an error in logic.

The first three items in LATCH are examples of sequence.  The fourth method, Category, is the logical error.  Categories are not sequences.  They are labeled containers for information that must be sequenced.  Both the labels must be sequenced and the contents of the labels.  Never the less, it is Categories that makes LATCH seem to work.  If something cannot be organized by LATH, it can always be categorized because everything can be categorized.

The fifth method, Hierarchy is actually two different structures.  Sometimes Wurman uses it for a size sequence, sometimes for a series of nested categories.

In addition to the logic error, LATCH does not cover all the available arrangement methods. Along with mnemonics, which he used but did not recognize, Wurman missed random.  We can now call these seven structures MR LATCH, but we have an abundance of organizing strategies, too many for a mnemonic. 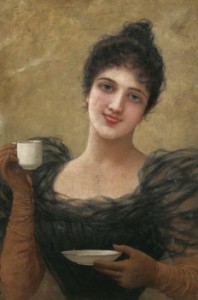 One intentional organizing strategy is shape.  Let’s say you have three lists containing items numbering 10, 5, and 5.  You put them into two columns, one with 10 and the other with 5 and 5.  You have just organized by shape because you made an organizational decision based on how something fits on a page.  Wurman used this technique in his 1990’s Smart Yellow Pages which listed community resources at the beginning of the printed Pacific Bell Yellow Pages.

Wurman also missed the Canonic structure.  This is one of our oldest arrangement techniques, post-alphabet.  Because the Bible was seen as perfect, its early indexes were arranged in the same way as the Bible itself.  A top level index list would be Genesis, Exodus, Leviticus, Numbers, etc.  The introduction of alphabetical order was controversial because it threatened the perception of Biblical perfection.  Canonic structures are still common.  Tables of contents, for example, are Canonic.

Speaking of numbers, they are not a sequencing method.  They are labels.  When you put Zip Codes into numerical order, you are actually organizing by Location because that’s what Zip Codes represent.

When he described his idea of five and only five ways to organize information in Information Anxiety, Wurman explained that we don’t need to be anxious about organizing information because of these “reassuring limitations.”  False limitations are what make me anxious.  Limiting organizational arrangements to four plus a label forces inexperienced organizers to look at their material in only a few ways, diminishing creativity and findability.