Noor Inayat-Khan at the Air Forces Memorial in Runnymede 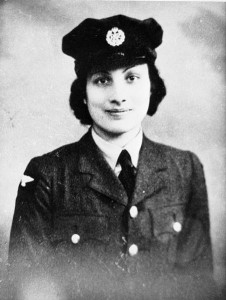 Noor’s father, Hazrat Inayat-Khan, a musician of royal Indian blood, brought Muslim Sufism and Indian classical music to the West.  Their international family, with an American mother, Ora Ray Baker from Albuquerque, first lived in Moscow and London.  Noor then spent much of her early years in Paris, where she and her younger brothers studied with Nadia Boulanger, the famous composition instructor whose students included Elliott Carter, Aaron Copeland, and Quincy Jones.   One brother, Vilayat, became head of the Sufi Order International.  The other, Hidayat, continues to compose music in Paris and the Netherlands.

At the age of 13 in 1927, Noor took responsibility for her family when her father died and her mother became inconsolable.  She began writing children’s stories for magazines and for French radio.  In 1939 she published a children’s book, Twenty Jataka Tales, folktales about previous reincarnations of the Buddha in both human and animal forms.

When the Germans invaded France in 1940, Noor and most of her family relocated to Britain.  Hidayat stayed behind and still lives in the Parisian suburb of Suresnes, location of an estate given to the family by a Sufi follower.  When they got to London, both Noor and Vilayat wanted to support the anti-Nazi cause.  Vilayat served in the Royal Navy, while Noor joined the Women’s Auxiliary Air Force and later the Special Operations Executive (SOE), an espionage agency.  They taught her how to use a wireless and how to be a spy.  She wasn’t very good at her lessons, particularly the anti-interrogation techniques.  But she knew how to operate a radio and she spoke French, so they sent her off to Paris to begin transmissions. 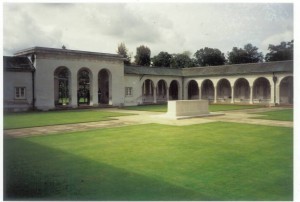 Most wireless technicians only lasted a few weeks before capture.  Noor keep her radio operation going for several months until she was betrayed by another spy.  In her ten month imprisonment, she was tortured with daily beatings.  According to her German captors, Noor never revealed any information, despite her superiors’ lack of confidence in her anti-interrogation skills.  However her equipment was confiscated, causing the capture of several more SOE agents.  After an escape attempt, Noor and three other British female spies were transported to Dachau.  The three other women, Yolande Beekman, Madeleine Damerment, and Eliane Plewman, were executed with shots to the back of the head.  One witness reported that Noor was almost beaten to death before she was shot.  Her last word was “Liberté,” the last word of many patriots at the guillotine during the French Revolution.  The four women are listed together on a plaque at Dachau.

Noor Inayat-Khan is among the 20,456 names on the Air Forces Memorial in Runneymede, a memorial for WWII Commonwealth air force personnel who died with no gravesite.  The names are listed by year and then by air force.  The Royal Air Force is followed by the Women’s Auxiliary Air Force.  Next are the air forces of five different countries listed in the order of the number of names on the memorial:  Canada, Australia, New Zealand, South Africa, and India.  These are followed by four civilian units in alphabetical order.  Then names are listed by rank and alphabetical order.  Noor is listed in 1944 with the Women’s Auxiliary Air Force at the rank of Section Officer.  Her inscription includes G.C. for George Cross.  On November 8 of this year, a memorial to Noor was unveiled by another princess, Queen Elizabeth’s daughter Anne, in a park near the Inayat-Khan’s London home.

Runnymede is the site of the signing of the Magna Carta and the location of several memorials, including one to President John F. Kennedy with this quotation from his inaugural address, “Let every Nation know, whether it wishes us well or ill, that we shall pay any price, bear any burden, meet any hardship, support any friend or oppose any foe, in order to assure the survival and success of liberty.”