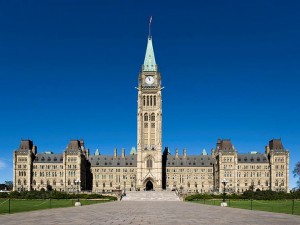 The Canadian Parliament and Peace Tower

Seven days after ad-Dawlah al-Islāmīyah fīl-ʻIraq wa ash-Shām (ISIS) announced mass rape to be religious practice, a Canadian supporter in Saint-Jean-sur-Richelieu near Montreal rammed his car into a group of soldiers, killing Warrant Officer Patrice Vincent.  The murderer was then killed by police in a car chase.  Two days later, on October 22, 2014, another Canadian ISIS supporter shot and killed Corporal Nathan Cirillo of the Princess Louise’s Argyll and Sutherland Highlanders of Canada Regiment1 as he stood ceremonial guard at the Canadian National War Memorial and Tomb of the Unknown Soldier on Parliament Hill in Ottawa.  In a move worthy of Hollywood, Parliament’s Sergeant at Arms Kevin Vickers, a retired Royal Canadian Mounted Police Chief Superintendent (i.e. management), killed the murderer within the building complex just outside the Library of Parliament. 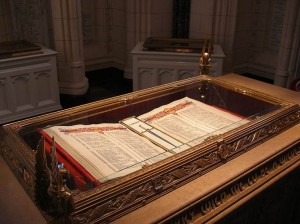 The most visible structure on Parliament Hill is the Peace Tower which includes a Memorial Chamber.  In the Chamber are Books of Remembrance, seven books holding the names of Canadians who died in service to their country.  Beautifully drawn with hand calligraphy, these volumes are the equal of any medieval monastic work.  The first artist was James Purves, who did preliminary work on Book 1 and completed the first page.  He died in 1940 and was replaced by his assistant Alan Beddoe, who worked on the project until the 1970s.

Book 1 – First World War (66,655 names).  The names of the Canadian Expeditionary Forces are listed first, by year (1915-1922), then in alphabetical order.  Each listing includes rank, name (last name first), and regiment.  Canadian names from the British Empire Forces are listed next.  Finally there is an Addendum with names in the same order.  The second page of the Addendum has a drawing of the WWI Canadian National Vimy Memorial in France. 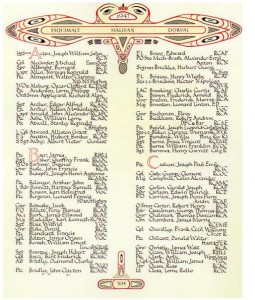 Book 3 – Newfoundland (more than 2300 men and women who died in the two World Wars before Newfoundland became a Canadian province).  These names are listed by war, then in alphabetical order.  This book adds date of death to the information for each name.  Both wars have Addenda pages.  Book 3 includes a number of decorative pages.

Book 4 – The Korean War (516 names).  These names are in alphabetical order, with rank, name (last name first), regiment and date of death.  There is no Addendum.

Book 6 – Merchant Navy (more than 2170 men and women who died during the two World Wars).  These names are divided between the two wars, then in alphabetical order, with rank, name (last name first), ship’s name and date of death.  There are several Addenda, which indicates multiple additions of names.  There are also decorative pages. 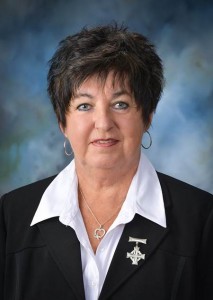 Book 7 – In the Service of Canada (an ongoing book, currently with more than 1700 names of military personnel who died since World War II [excepting the Korean War] “in times of conflict, or during peacetime training exercises, peacekeeping deployments abroad or other military duty” 2)  The names are organized by year only.  The listing includes rank, name (last name first), regiment, and date of death.  There are also decorative pages.

Pages in the Books of Remembrance are turned daily in a ceremony.  Each page is shown for at least one day every year.

The names of Warrant Officer Vincent and Corporal Cirillo have not yet been added to Book 7, so as our example, we will use Master Corporal Charles-Philippe Michaud, whose mother Gisèle is this year’s National Memorial (Silver) Cross Mother.  She represents all Canadian mothers who have lost children in war.  Master Corporal Michaud was wounded by an explosive device near Kandahar, Afghanistan on June 23, 2009.  Five days later he arrived at a Quebec City hospital where he died on July 4.

By placing Charles-Philippe Michaud’s name into the search interface, we can see him on page 234 which is open in the Memorial Chamber on April 19, August 14 and December 9.  Book 7 begins in 1947 with all entries in English.  Current practice enters some names in French and some in English. 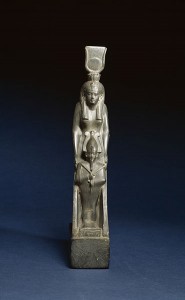 Since the name of my business is Isis Information Services, I want to share thoughts about my business name being adopted by mass rapists.  My name reflects the Egyptian goddess Isis who saved the world by putting her dismembered husband Osiris back together and breathing life into him.  It seemed like a good metaphor for putting together an information system.  A lot of people agreed and there are many information companies, systems and services named with the acronym ISIS.  I tried to differentiate myself by using the word Isis not the acronym.

The actual name of the terrorist group ISIS is ad-Dawlah al-Islāmīyah fīl-ʻIraq wa ash-Shām, so we should be calling them DIIS, but the acronym in English is ISIS (Islamic State in Iraq and Syria) and that’s what we’re mostly using.  Another variation is ISIL (Islamic State in Iraq and the Levant) and for awhile I was using that as a diversion away from my own name.  But now I realize DIIS simply forgot their due diligence in language translation and managed to name misogynist rapists after a powerful ancient Egyptian goddess.

1 The Princess Louise’s Argyll and Sutherland Highlanders of Canada Regiment served at the Battle of the Somme in World War I, a battle much discussed in this blog.  This year marks the 100th anniversary of the start of World War I.  The ceramic poppies surrounding the Tower of London are an especially beautiful memorial installation.

To be informed via email of new IsisInBlog postings and other Isis Information Services activities, please contact Katherine Bertolucci at katherine@isisinform.com.

A DIRECTORY OF POSTINGS

A Note on the Arrangement:  A hierarchical arrangement with categories in alphabetical order within each group.  Within each category, titles are in reverse chronological order.  Chronologic because some posts build upon each other; reverse because it places recent items first.  The directory includes print publications and postings from my previous blog service.

(Bloglines recently changed its service and Bloglines URLs now go to the Bloglines home page.  My apologies.  I am tring to fix that.)

INFORMATION ARCHITECTURE
Reinventing Knowledge: Early Information Architecture in the Page of a Book (6.13.09)

ALPHABETICAL ORDER
Arranging to Persuade:  Reduction or Persuading through Simplifying (8.15.10)
The Power of Information Arrangement (5.15.10)
Practice What You Preach: Manipulating First Place (3.27.10)
Creative Literary and Pragmatic Lists (3.21.10)
The Wittenbergplatz Concentration Camps Sign (11.27.09)
Reinventing Knowledge: The Medieval Controversy of Alphabetical Order (7.5.09)
“Beyond Findability” Published in Searcher (2.17.09)
Beyond Findability: Organizing Information in the Age of the Miscellaneous, Searcher (2.09)
Findability and the Alphabet (11.11.06)
Information Arrangement in the ER (8.17.06)
Apples and Tomatoes (7.26.06)
Symmetry: The Calm Before the Structure (2.9.06)
Taxonomy Design for Snoopy (12.12.05)

HIERARCHY
Categorical Emotion (6.30.08)
Steps to an Ecology of Similarity and Difference (6.28.06)
Taxonomy Design for Snoopy (12.12.05)
Snoopy in Subphylum Vertebrata: The Strategy (1.1.06)
Happiness is Taxonomy: Four Structures for Snoopy, Information Outlook (3.03)

RELEVANCE
All Things Being Equal: Sorting Articles in One Issue of a Journal (5.13.09)

DIRECTORY OF POSTINGS
Practice What You Preach: Manipulating First Place (3.27.10)

CALIFORNIA INSTITUTE FOR RURAL STUDIES
An Explorer in Taxonomy (4.30.06)

MEMORIALS
Names on a Memorial:  Into the Earth (Memorials Discovered by the Strategic Information Arrangement Class (5.31.10)

Welcome to the new home of IsisInBlog, an exploration of the issues and art of taxonomy and information arrangement. The current series, Names on a Memorial, is continued from the previous blog site at http://www.bloglines.com/blog/isisinblog. The new IsisInBlog allows comments, so I hope to hear from you.