While there have been reunions all year long, today marks the beginning of the 50th Anniversary of the Vietnam War.  Memorial Day weekend activities in Washington DC included Rolling Thunder’s Ride to Freedom motorcycle rally and a concert honoring their own 25thanniversary of POW/MIA work.  The official ceremony today, a rededication of the Vietnam Veterans Memorial, features President Obama, the first President to speak at the memorial since Bill Clinton in 1993. 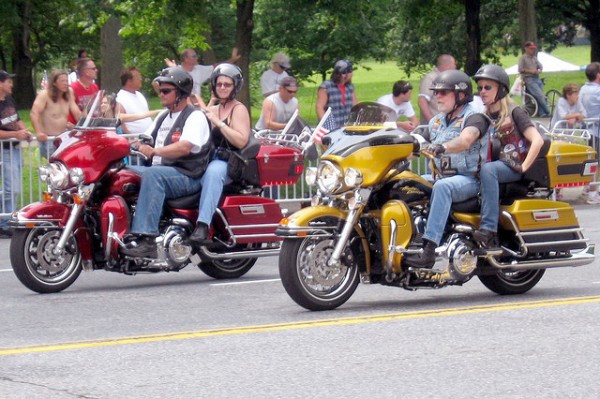 As my readers know, I believe the Vietnam Veterans Memorial (VVM) gains its power from a chronologic name arrangement, building community among veterans.  By remembering just one name from decades ago, a veteran can find all his fallen comrades from the battles he survived.  In the mirrored surface, he sees his own image among the names of his friends.

Why did I become interested in this “Names on Memorials” project six years ago?  Memorials mostly commemorate war or tragedy and I am a compassionate pacifist.  Although never attending an anti-Vietnam War demonstration, the demonstrators later became my friends.  I started looking at memorials when the initial plan for randomized names at the World Trade Center memorial was announced and then denounced by myself and many others.  After years of controversy, the arrangement was changed to reflect the 9/11 community.  Even though Michael Arad misunderstood the value of arrangement, the memorial designer identified Maya Lin and the VVM as an influence.  She in turn was influenced by Edwin Lutyens’ Memorial to the Missing of the Somme, which also created community among war veterans and survivors, not with chronology, but with a traditional military arrangement that kept friends together because of Britain’s location-based World War I recruiting strategy.

In the world of online search, we value finding specific answers, but the presentation of those answers can be just as important.  If we only wanted to find names on the VVM, we could have built a granite alphabetical index.  In fact, the lack of alphabetizing was a major complaint against Lin’s design.  We now see that her arrangement provides a context for the names, an especially valuable context for the veterans who survived the war.

I am interested in memorials because they use the arrangement of names to elicit an emotion, to provide the visitor with a guided experience.  These monuments are not digital.  They are set in stone and this allows us to evaluate the success of the arrangement.  That success can be translated to the digital environment when we choose how to arrange our own information.  What elements best present the data?  What arrangements help users understand the context or promote our ideas about the information?  For data mining, which elements help us compare, coordinate and discover.

In many ways, information management is a study in relationships.  At the VVM, Maya Lin used chronology to express the relationships of military personnel as they cycled in and out of their tours of duty.   By understanding how designers use arrangement in the art of memorials, we can bring these subtle skills to our own information projects.