Each month Wired invites readers to send ideas for the “Found” page, forecasting the future of one aspect of society.  September’s “Future of Shopping Centers” shows Floor 38 of the six floor McMurdo Mall, presumably in the globally warmed Antarctica of 2071, with imaginatively branded shops in a high rise of at least 40 stories and a directory that meets the findability standards of the 12th Century. 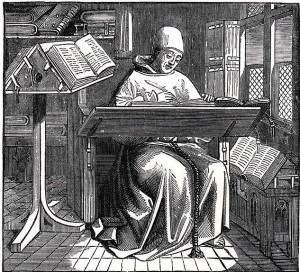 In this mall directory, businesses are named at their map locations only, not under their respective categories or even in alphabetical order.  To find a store, customers must already know where it is or they must examine each floor map separately by looking at every storefront.  That’s a 12th Century technique.  In the early days of indexing, biblical indices were organized in the same order as the Bible.  Since medieval Christians believed the Bible to be perfect, this was considered the optimal arrangement, even though, in order to find something, you had to already know where it was or you had to read the entire index from beginning to end.  Then visionary preachers, needing fast information for their daily sermons, rearranged biblical indices into alphabetical order, opening a new world of findable information.

Today’s malls usually provide detailed classification and often an alphabetical listing.  It’s a form of advertising for the stores.  On McMurdo’s Floor 38, Wired only shows four fuzzy categories:  Body, Clothing, Retail, and Food Court.  Instead of listing businesses under their categories, classifications are differentiated on the map by nearly indistinguishable light pastel hatch marks. 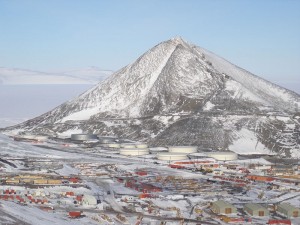 McMurdo’s customers will surely notice the logical error of placing retail stores in the Clothing category at the same level as the generic Retail category.  In addition, the Body classification is not accurately filled.  Wackenhut Day Care, named for the founder of a private prison corporation, would be better categorized as educational, along with two other Body businesses.  The Build-A-Child Workshop might offer human genetic engineering or it could be an educational facility with an alternate pedagogical theory to the prison model.  Rosetta Stone Cognitive Enhancements presumably sells smart drugs.  This store could market itself in both the Body and suggested Education categories, perhaps for an additional fee.

The actual future of mall directories started appearing about 1984 when Telesyne developed perhaps the first interactive directory at the Chicago Ridge Mall in Oak Lawn, IL.  Like McMurdo, it had a touch screen, but it also talked.  Visualized trails illuminated routes to stores.  Coupons arrived via printer, along with trivia games.  It even featured a filtered search mechanism.  Customers selected a combination of attributes, such as gender, age and price, then retrieved a list of stores meeting the criteria.  Of course, it had the basics of alphabetized and categorized store lists (1). 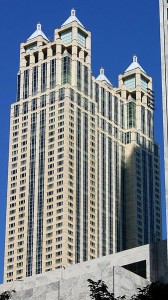 The vertical McMurdo Mall has multiple floors, like the 900 North Michigan Shops in Chicago, which again includes categorized and alphabetized lists in its directory.  Rather than McMurdo’s single floor diagrams, 900 North Michigan shows all maps on the same screen  Click on a category and the alphabetized list changes to only show stores in that category.  Hover over a store name in a list and it is highlighted on the map.  Click the store name and you get an advertising page.

I understand the folks at Wired are clever branders, not organizers, but here’s one electronic feature they really should have caught.  Downloadable apps!  Now offered by Micello and PointInside, these apps live on your device so you can use the directory while strolling the mall’s innermost areas.

Wired located their 2071 mall at McMurdo Station, a research facility maintained by the United States in Antarctic territory claimed by New Zealand.  The mall’s logo is a red, white and blue star.  Wired did give one indication of New Zealand culture, although it has a double meaning.  Does GNC MRI offer magnetic resource imaging and or is it a retail nutrition store that only speaks Maori? 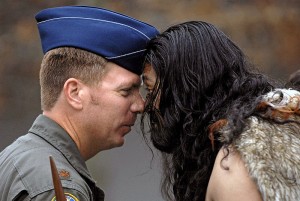 Global warming research will be more advanced in 59 years, with McMurdo Station in the forefront.  Its warmer climate allows scientists and support personnel to bring their families, although there may not be a high turnover in mall customers since potential residents will need a job to get on the plane.  McMurdo may be a self-sustaining society, perhaps with a hospital to ease the 17 hour flight to Christchurch for surgery.  Because of the ozone hole, this may still be an interior society.

So we have an intelligent population with cabin fever.  Mall merchants want them to spend their spare time shopping.  How can the directory support that?  Sponsored electronic games is one idea from Telesyne.  Play the game, win a coupon.  Play stations could be adjacent to directories, maximizing the number of people who can interact with the directory at the same time. 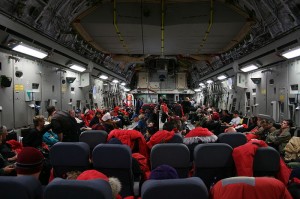 Businesses will want extensive categories allowing multiple entries, along with an alphabetized drop-down list.  McMurdo has a simple floor plan, so showing routes may not be necessary.  However, downloadable apps could be a source for further promotions, delivered via customers’ information devices as they stroll by participating stores.

Customer recognition might be a good idea, perhaps by voice, perhaps multilingual, offering personalized specials.  In the Wired model, businesses provide brief marketing messages any time someone clicks on a brand.  This could be expanded to a promotional video on a nearby screen, inviting customers to win a coupon at a personalized game.

The directory’s display could feature specials at happy hour, an important event at McMurdo.  The only watering holes on Floor 38 are Starbucks and Soylent Julius.  We’ll probably still have a cannibalism taboo, so the latter may be serving soymilk orange drinks, contributing to improved land productivity by growing crops for humans instead of cows.  However the folks at McMurdo like stronger stuff, so Rosetta Stone Cognitive Enhancements may want pre-shift marketing messages for their smart drugs.  They might also consider automated delivery or in-apartment reminders.

Another findability resource could be full store inventories, searchable from the directory, with routing to the exact location in the store.  But remember, findability is secondary to the primary goal of getting customers in the door.  The easier it is to find stuff, the sooner a customer exits the mall.  Grocery stores in 2012 often switch merchandise around, encouraging customers to look at new products.  At McMurdo, Telesyne’s filtered search could provide customized lists of businesses that meet a set of generic criteria.  Inventory directories could then be placed inside each store.  That way a customer has to actually walk into the establishment to get precise directions.

In an online retail environment, the information management interface is often the primary entry for customers.  If it’s confusing or illogical, they’ll go somewhere else.  If it’s too rigid, they’ll just buy one thing and then go somewhere else.  With accurate and stimulating search mechanisms, customers linger and return often.

For their 2071 shopping center, the designers at Wired thought more about brand names than about getting customers into the stores.  To be fair, their skill sets don’t seem to include information organization.  That takes a very focused mind.  Yes, everyone can organize.  Everyone can sing too.  Some sing as performers and some sing in the shower, with vast differences in skill.  Even smart people can be bad organizers.  I once encountered a computer PhD who didn’t understand the mechanics of alphabetical order.   Wired’s clever branders selected an organizational device for their futurist vision, but they only got as far as the 12th Century because they forgot to include an organizer on their team.